In 2003, with the arrival of the power LED to the market, she sensed that there was an ongoing revolution in the field of lighting. She decided to take advantage of this technology with innovative design creations.

In September 2004 at the Maison & Object trade show in Paris she caused a sensation presenting her very first collection of rechargeable wireless LED lamps, Smoon. This project was later patented.

In 2005, she joined two other designers and created Beau&Bien, a lighting sculpture company. The “Made in France” company label defines the DNA of the brand in three words: innovation, functionality and aesthetics.

Captivated by the French style and its global influence, she decided to return to her French origins. She began using purely French craftsmanship and noble materials such as the Limoges porcelain. Inspired by the chandelier of our chateaux, she combined exceptional materials, craftsmanship and innovative technology to reinvent these chandeliers into something wonderfully unique, French style in a 21st century version.

Today her collections and pieces are installed all around the world, in grand palaces as well as in private residences, in Paris, on the French Riviera, in India, in the United States… From custom-made fixtures to lighted designer jewellery, Sylvie Marechal has not finished illuminating design ! 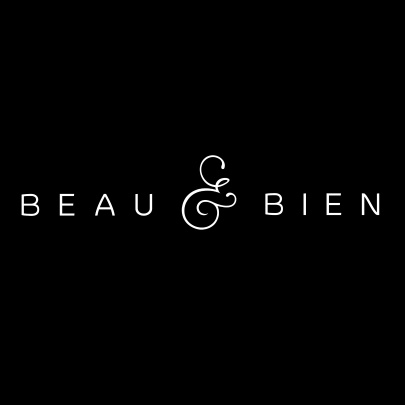 Since 2005 the brand founded by Sylvie Maréchal, sculpts the light and exploits the best of innovative LED technology having as a result design luminaries with surprising functions and aspects…

Beau&Bien creates all its lamp collections combining cutting-edge technology and traditional craftsmanship as the porcelain, of the hand blown glass, presenting new collections every year; all of them completely made in France.

The brand, always with the objective of respect of nature and environment has chosen to work the LED as light source thereby reducing up to 50 times their electricity consumption.

Born in 1927 the LEDs gained momentum again in the 90’s and it is only very early in the 2000’s that they began to be used as real light source. With a very long lifetime (no renewal for 15 years) the LED do not contain toxic components thus they are easily recycled.

All Beau&Bien collections are manufactured in France and are repairable to minimize the carbon footprint of its products. Likewise, each luminary incorporates eco design at all stages of design and manufacturing.

*Prices are pre-tax. They exclude delivery charges and customs duties and do not include additional charges for installation or activation options. Prices are indicative only and may vary by country, with changes to the cost of raw materials and exchange rates.
Compare
Don’t compare this product
Compare up to 10 products