Since the fifties, the Ciatti family has been running the company that bears its name, a business that has evolved and is still evolving over three generations. In the mid-eighties, Ciatti a Tavola was created, a line of design kitchens and accessories. The meeting between the Ciatti’s and Bruno Rainaldi then led, in early 2000, to the creation of CCR design, a new company focused on the development of home objects and accessories. Furniture, chairs, mirrors and objects conceived by some of the major Italian designers were produced under the art direction of Bruno Rainaldi. he himself sketched Ptolomeo, the free standing bookshelf, which soon became the company's best-selling item. Thanks to it Rainaldi was awarded the "Compasso d’Oro 2004".

The third generation joins the company. New challenges, new opinions. In 2006 Lapo Ciatti goes into family business carrying his entrepreneurial spirit and an education in Industrial Design. While confirming Bruno Rainaldi as art director, Lapo feels the need to give a new name to the company: Opinion Ciatti replaces CCR. Opinion Ciatti as a very personal opinion on design. In 2011 Bruno Rainaldi bequeaths an important cultural and expressive baggage to Lapo Ciatti. Lapo runs things alone, handling both the management and the artistic side of the business.

Today Opinion Ciatti is a young and dynamic company both residential and contract oriented. The expansion of the business is in full swing, currently it is dealing with important projects and supplies, it is involved in prestigious partnership and the brands is represented worldwide in selected furniture stores. 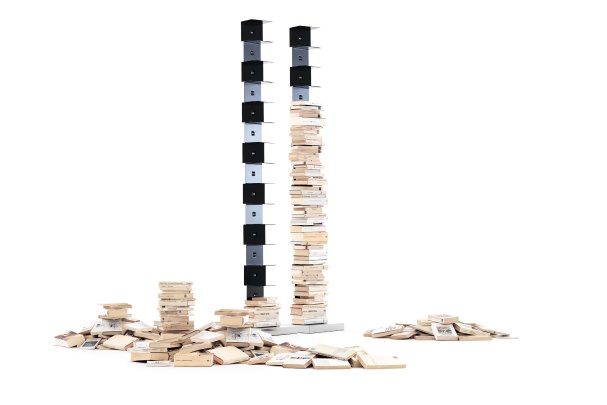 Opinion Ciatti is the expression of understanding design as an experimental terrain, as a laboratory for form. The objects are intense and expressive, they recount a non-dogmatic quest and passion for design skills; features of a company which matches quality with a long manufacturing family tradition. Memory and contemporaneity, roots and vision, looking to the past to see the future: these are the keywords of Opinion Ciatti mindset.

Unique and distinctive signs take shape, project by project, object by object,. Modifiable and modular pieces of furniture as well as one of a kind items with a very strong impression: metaphors of a modern, free and adaptable lifestyle. Every product has its own identity, its own source of inspiration, its own history. Unique stories, which are sometimes parallel, sometimes divergent but that are always linked by one theme.

Unique stories conceived and experienced in Florence, 100% made in Italy.